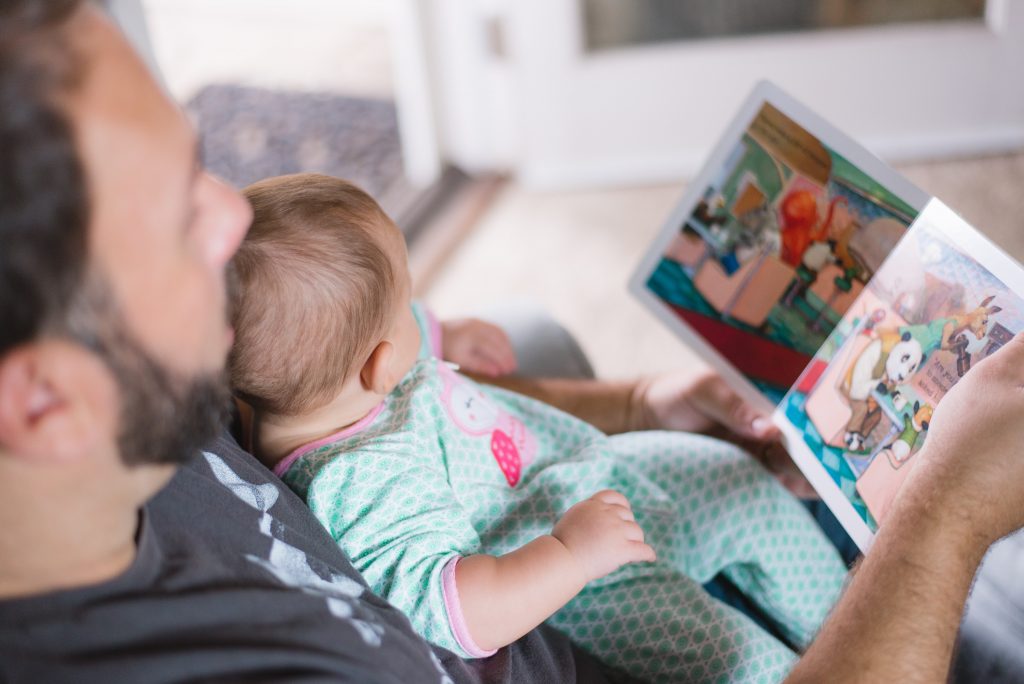 But your new son or daughter will observe everything you do, and will copy you to the best of their ability.

One of the things that I observed about my one-year-old son was that not only did he try to copy me in a lot of ways, but he also seemed to know how I was feeling.

Babies are actually highly intuitive beings. They can almost read the emotions of their parents. You can’t hide it from them, for the most part. And they will notice how you react to anything and everything. They will see how you react to life both when things are going well, and when they are not. They will notice how you treat your neighbors, strangers, your friends and your loved ones.  And sometimes, you might see them act out in a certain unfavorable way, and then realize that they were simply copying you.

When you realize that you are their example and that they will copy you in a lot of ways, it can be a very eye-opening experience. And when you realize the impact that you’re going to have on your child’s life, you may start to analyze yourself and even perhaps make a new determination to improve yourself both before and during fatherhood.

Aristotle once said, “Give me a child until he is seven and I will show you the man.” According to scientific research, up until about the age of seven children absorb everything as real and are in  download mode – everything they hear, see, feel, touch and experience is programmed into them as truth. In addition, they are likened to sponges. They download all data and information just like a program. And this is the time that they create beliefs about themselves, including the world around them.

With good reason, knowing what a pivotal role you will play in the life of your child, you will probably want to better yourself in every way so that you can give your son or daughter a better life than what you had. The desire that our children have a better life than us is a normal as any desire there is.

But perhaps one of the most surprising things after becoming a new dad is how it changes you. The point is, you’re not going to be the same after having your first son or daughter. Everyone is different, but for me personally, the following is how being a parent in the first year changed me.

My first son was born on June 22, 1991. The next day, the 23rd, we were going to leave the hospital. The 23rd was my birthday too, and this was by far the best birthday present I had ever received.

After my wife and I buckled our new son into his car seat for the first time, that’s when it hit me.

I knew my life was never going to be the same. I knew that my single life was now officially over forever more. In my case, I was both apprehensive, and excited at the same time. But I think that every new dad has doubts.

I started to ask myself lots of questions, and you probably will too. Was I going to be a good dad? Was I going to be able to handle the responsibility? What impact would it have on me and my wife? What problems were we going to face? Would he be a good person? Would we both be good parents? What challenges were ahead of him? And who was he going to become?

For the first time in my life, I felt like this was going to be the real test of who I was.

If you let it, the human instinct to provide and care for your new son or daughter will kick in, and it almost won’t even matter who you were in the past. You too may get a sense that your old self is gone, and your new self is now fully engaged.

My high school English teacher once said, “Responsibility is a choice. It’s not something that has to be taught and trained.” I never knew what she meant by that until after my son was born. Up until my son was born, I didn’t have to be responsible for anyone but myself, really. But now, I would allow my fatherly instinct to kick in fully, so although I was worried about a lot of things, I felt determined to be a good dad.

Because it was a powerful desire and choice of mine, it was pretty easy to take responsibility. I hardly ever thought twice about what I was giving up, nor what else I could have been doing. To me, my son was a gift, and I was happy to sacrifice.

One of the very first things you find out about a newborn is that they sleep a lot, but it doesn’t last long. Typically, they wake up about every hour to two hours, but they sleep more and more throughout the night as they get older.

At first, my son woke up every couple hours all through the night. My wife was a lot more inconvenienced than me, but I got woken up too. It wasn’t easy to get a good night sleep and I had to go to work every morning. In addition, there were countless runs to the market to buy diapers, and many other things that my son and wife needed. I suddenly had a lot more responsibility, but I was happy doing it.

What you realize later in life is that it really wasn’t a sacrifice at all. The word sacrifice makes it sound like you’re losing something and giving something up. I wasn’t giving anything up. Instead, I was leveling up.

After a few months of having our new baby, I got more comfortable with the idea of being a dad. What I found was that the love that I had for my new son greatly outweighed any inconvenience that it brought to my life. Being a dad was a great feeling. I was doing it. And I was doing pretty well too. This gave me more confidence, and suddenly, it was easier to work harder at work. Why? Because I had new motivation and a new reason to work hard and to do well. More than likely, this will happen to you too if you’re going to be a father. You’ll want to be the best example you can for your child.

This new confidence showed up in all areas of my life. That was a side-benefit that I didn’t expect, really. And when others know that you have a child, they respect you more for it. They know that it’s a huge responsibility. They know that it takes a lot of dedication, time, maturity, soundness of mind and resources.

The other side-benefit to it that changed me was that suddenly, I felt more alive. Suddenly, I realized that my life mattered a whole lot more than ever before. I realized that I have to do everything I can to survive and thrive so that I could be there for my little guy throughout his life.

In addition, when you have a child, you start to see life through their eyes. You start to see what interests them, and they expose you to a lot of new things that you didn’t really pay attention to before.

When I was going on walks with my wife and son in the stroller, people who normally wouldn’t talk to us would greet us and want to chat – especially if it was another couple with a baby too. Suddenly, you will find that others trust you more, and will approach you more easily. It’s actually a really nice benefit to having a child.

Having a child will help anyone to expand their world because you now have another little person in your life who will need to have stimulation and new experiences. You’ll find yourself going to amusement parks again, and getting out into nature a lot more. You’ll meet a lot of new people easily.

The needs of your child will take priority. Their needs come first. But also, you get to see life through their eyes too. And that is why you’ll feel more alive.

Care More About the Truth

The other thing that happened to me that may happen to you too was that I started to really question a lot of things in my life. In my case, from childhood I was raised in a cult-like religion. And when my son was born, I was on the fence about it. I had to really analyze my religion because if it wasn’t something good to belong to, I didn’t want my son to be in it. It was no longer just about me. It was about my new family.

So, in my case, I analyzed my religion with a new set of eyes. I became more objective. Upon finding out new information that proved to me that it was an unhealthy religion, I left it and didn’t subject my family to it.

Everyone is different. And only you know what is best for you to change. But now is the best time to really assess yourself and your life to see how you can be the best father you can be.

Care More About the World

I remember that all through my childhood, my dad was very interested in politics. He was always reading the newspaper, and watched the news. And I remember wondering why he was so interested in it because I couldn’t see why it was so important.

But then, when I became a dad, suddenly, it did become important. It became important because I wanted to make sure that I knew what was going on in the world for the sake of my son. Suddenly, I was a lot more interested in the future of the world and our planet because I knew that my son was one day, going to be living in it.

I found myself more concerned about things like the sky-rocketing price of homes, how job salaries weren’t keeping pace with the housing market, the environment, money, banking – everything. When I was single, I didn’t really worry too much about the future. But when I had my son, I started to think a lot more about it. And in my case, because I was raised in a cult-like religion, I questioned everything.

Having a child expands your world. You will become more a part of it. You will find what you used to think were boring topics that only adults worried about to suddenly be very interesting and important. And, you might be like me, and become more like your own dad.

Now, I understand why my dad was so interested in the news.

All of this expansion of thought and interest is a good thing of course. And it’s also a part of why you’ll feel more alive.

Having a child is probably the most life-changing and rewarding life experience that will ever happen to you. It will make you want to be a better person in every way. And if you simply follow your natural intuition on it, you will become a better person.

It’s not a sacrifice. It’s a new level of living.